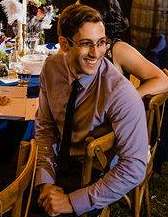 Mek is notable for wearing a purple shirt branded with his name, a concept inspired by Sai. In 2015, Mek started tracking various aspects of his life in a public spreadsheet. He self-identifies as a functional minimalist and has few (but not too few) belongings.

As of July 1, 2021, Mek resides in Nashua, New Hampshire though also splits his time in Somerville, MA at CRUSH house with Rebecca Li and Anvita Pandit.

Previously, from January 15th to May 20th of 2021, Mek lived in Taiwan, Taipei, Ximending. When the COVID pandemic hit, Mek and Ariel Liu moved to Moomin — a community house named after the Moomins television cartoon which featured a similar house — located at 21 Buena Vista Ave E. Before and during the early COVID-19 pandemic, Mek lived in Mission District, San Francisco at Serapeum, an Epicurean community house named after the Serapeum Temple of Alexandria, considered to be the daughter and backup to the great Library of Alexandria). This community house was home to Ariel Liu, Mishal Afzal, Bobi Rakova, Jackson Lester, as well as Drew Winget, Sahar Massachi, and Jessy Diamond Exum.

Karpeles was born in New Haven, Connecticut and lived at 190 Shagbark Court in Cheshire, Connecticut (in this room). In third grade, Mek became interested in computer programming after discovering the features of AOL Instant Messenger. Mek attended Cheshire High School and remained in Cheshire until college-bound at 18, at which time his parents, Dr. Richard Karpeles and Patricia Dimond Karpeles, relocated to 21 Wild Rose Drive in Nashua, New Hampshire.

In 2006, Mek attended undergraduate school at the University of Vermont (UVM) and received a bachelors of science in Computer Science. Here he led the Computer Science Student Association (CSSA) under advisory of Xindong Wu, Christian Skalka, and Joshua Bongard and met mentor, Dr. Gary Johnson, as well as friend and future business partner, Stephen Balaban. While at UVM, Mek was twice awarded the ACM Faculty award by the Department of Computer Science. During his junior year, as officers of the CSSA, Mek and Gary Johnson earned the opportunity to design and co-instruct a CS-095/CS-195 Special Topics course for three consecutive semesters. During his tenure at UVM, Mek interned at Microstrain, a wireless sensor company which later became LORD Sensing Systems. Much of his work relied on Aaron Swartz's web.py framework. In 2010, after graduation, Mek enthusiastically joined a PhD program at the University of Delaware to study computational linguistics. He was a teaching assistant for Richard Gordon's CISC 355 Computers, Ethics, and Society class and researched under Dr. Stephen Siegel in the Verified Software Laboratory.

Shortly after, Mek suspended his graduate program to join Stephen Balaban as co-founder and CTO of Baybo Labs, a service which enabled self-publishers to create online stores to sell their digital merchandise. The team moved to San Francisco and in 2011 was acquired by Hyperink, a publishing startup from YCombinator's Winter 2011 batch where Mek spent the next year leading development of their hyperink.com platform. In 2013 Mek served a stint as ark.com's VP of Engineering before co-founding Hackerlist with Andrew Valish in 2013.

Want to meaningfully contribute to one of these projects?