I am extremely cheap with myself (fiscally) and strangely principled. I like to use what resources other people have freely accessible to them, on a weird matter of principle. This means I tend to steer clear of tutors and other paid resources like courses. I feel confident the resources must exist out there, and I'd like to contribute and give back by stringing them together and contributing by sharing my learnings, instead of paying for the best lessons with my privilege. At least not until I've exhausted all my other options and stuck with it long enough to convince myself I've gotten as far as I can myself. Weird? Yeah, but that's me.

Everyone learns differently. I spent about a year and a half noncommittally "learning" (https://www.facebook.com/michael.karpeles/posts/10103295336745610). I tried textbooks, watched asian dramas, tried to jump into Chinese chat rooms or found random people on wechat and hellotalk, tried duolingo, watched youtube lessons, tried a coursera class, tried keeping a chinese journal. My conclusion has been, it's really hard to create a curriculum for yourself when you have no idea what you're doing. And Chinese is as foreign as skill as a native English speaker can get if one doesn't have the right guide (a tutor, a class, etc). What about a tutor? EDIT: I have since tried an italki tutor and it was good but it takes a while to sync on skill level, otherwise the pace can be slow. I am currently taking a class twice a week for 2h on Tues/Thu at the Taipei Mandarin Center.

I was recently recommended this video from a facebook Taiwan Expats chat and really appreciated how this YouTuber Danyo Pang, "Mapped the Territory" of language learning by breaking it down into ~ parts:

Shout-out to Tommy (cameo'd in this video) who I randomly met at the Owl Hostel at Sun Moon Lake in Taiwan!

Step 1: I'd start with this wonderful free 3 hour lesson on the basics:

Bonus: You may also enjoy my very experimental "Chinese From Scratch" videos which attempts to demonstrate teaching absolute beginners basic Chinese without using a single word of English. They're based on Stephen Krashen's amazing Language Acquisition presentation, which introduces the concept of Comprehensible Input, (read more). I know of five great examples of this method in practice, but it's hard to find enough content:

Note: These "Chinese From Scratch" videos are embarrassing and full of errors! I made them for myself as a way to practice my Chinese and to explain to tutors what I am looking for in a teacher.

Step 2: Build a routine to teach the basics which you can lock into place and which will grow with you for at least six months. This could be a coursera course like this one. What you don't want is to constantly context switch and have to become distracted searching for new tools. My strong recommendation is you download the free HelloChinese or ChineseSkill apps. I prefer Hello Chinese slightly because I prefer the voices, the lesson UI, the material order and difficulty. It goes up to HSK4 and has 1,000 words and 240 grammar points (this will take you months). Both apps are similar to but far superior to Duolingo (they have dozens of free lessons and a skill tree). They will teach you vocabulary, grammar, listening, speaking, and writing. You can customize the settings based on which of these aspects of the language you want to prioritize. As I write below, I turned off pinyin as soon as I could, in favor of hanzi. I also intentionally sped-up the audio playback setting to force myself to listen several times until I could confidently understand before progressing. Finally, I skipped most of the writing practice, at first, because my priority was becoming converational. When I arrived in Taiwan, I realized I was having trouble reading many signs and feel that practicing my writing would have also strenghtened my ability to recognize Chinese characters in the wild. I am in no way affiliated with this software. 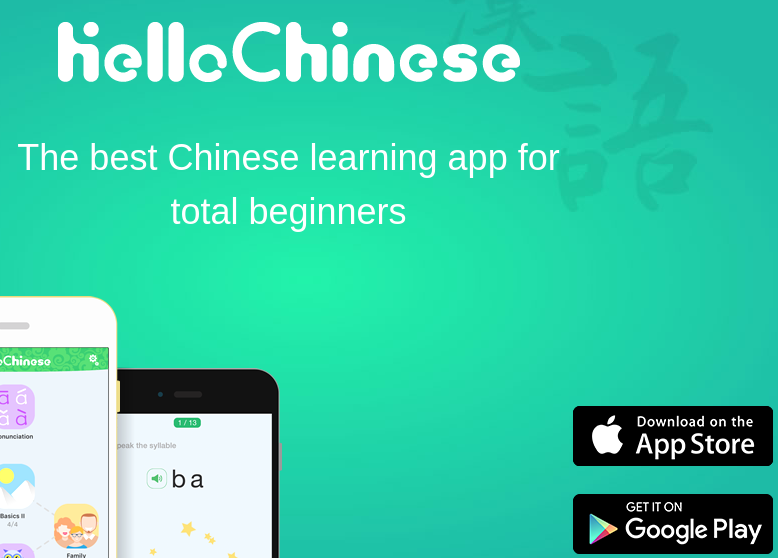 Step 3: Start learning by listneing to new sentences spoken by native speakers. Either...

The @internetarchive lets you hear them all in your browser for free:https://t.co/WdYg0tE68J

Step 4: Build everyday study habits. Every day I study Hello Chinese using the spaced repetition. I also use the 當代中文 (dangdai) Anki deck for the "A Course in Contemporary Chinese" book, which I use to practice writing characters. I take a class twice a week (Tues/Thu for 2 hours each). When my schedule involved a commute, I used to listen to audio lessons daily. If I still have energy left over from HelloChinese, chinese class, tandem chat, writing characters, and ocassionally doing spoonfed audio or pimsleur, then I go to my happy place, which is to listen to my virtual Chinese Teacher Yimin's, amazing free Chinese channel. Her HSK sentence guides will expose you to grammar, sentences, tones, meaning, common mistakes, and more.

Step 5: Type or talk to native speakers. Every day I also try to type to language exchange friends on tandem and line in Chinese. I've tried meeting up with people and doing calls to exchange English and Chinese, but I am very self self-conscious and know so little that we end up speaking mostly in English. Tutors and classes can really help you make effective use of time spent speaking to others. And speaking and listening are very hard if you're not immersed somewhere (like Taiwan) where you can't practice every day. Recently, in Taiwan, I've been going for hikes with friends and that way, even if I don't practice that much Chinese, I'm still making good use of time. Also, I get to listen to friends talking to each other in Chinese and jump in and out of convesations as I feel comfortable.

Step 6: Fill in the gaps: exercise left to reader. Use the resources below to create a menu that works for you! This probably will entail watching lots of youtube videos from people explaining answers to questions you have, like "when do I use `ma` versus `ba` versus `la`" or "when do I used `le` versus `de`". Some days I'll spend a few hours learning about radicals or measure words. I personally find that even after many months I am unable to watch Chinese dramas, even when they're slowed down, because the grammar and accents are beyond my ability. But if you're at that level, you might want to try this chart of graded dramas.

Essentials. For me, success would be near impossible without the ability to use certain workflows or tools together. For instance, when I'm on my android phone, I can copy any text and send it directly to Google Translate. Pleco also has a similar reader feature. Using chat apps like Tandem or talking to people on LINE would be much harder without these workflow. For my desktop, the same is true for the Zhongwen Chinese Popup Dictionary Chrome Extension which lets me hover over any chinese character in your browser and translate (highlight-in-place). These two tools are absolutely essential to my mobile and desktop experience.

Here are some other things I learned and resources I found useful:

Please! How can one inexpensively improve their speech recognition and speaking? Where can this 白人 get away with speaking to people in Chinese (without traveling overseas or hiring a tutor)?

cc: Ryan Pon (who is in a reading club that I've been trying to sneak into), Ben Yu and Jasmine Wang who I think I've read have similar learning goals?